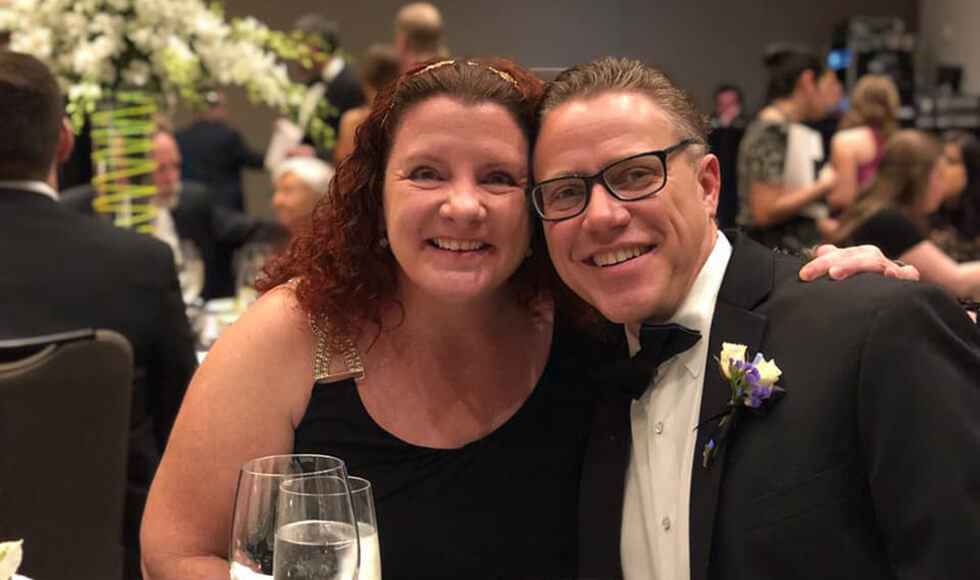 The role of a volunteer advocate at CASA is unlike any other volunteer opportunity. It requires passion, creativity, tenacity, and above all, it demands dedication.

Melissa Lorber, who became a 15-year Tenured Volunteer Advocate this year, has certainly dedicated a large piece of her life, and her compassionate heart, to CASA.

A lawyer by trade, Melissa was first introduced to the child welfare system while attending The University of Texas School of Law in 1998. During that time, she was a student lawyer at the Children’s Rights Clinic, where she was appointed to be the attorney ad-litem on cases. Ignited by her experiences there, Melissa first thought she might become a children’s rights prosecutor.

Luckily for us at CASA, she decided to do a bit of volunteering first and found that she enjoyed working for the child welfare system in a volunteer capacity much more. Since then, she’s been a volunteer for SAFE as well as CASA, and her support of our work has gone beyond advocating for children in court—she’s become a sponsor for our CASAblanca Gala each year, and has even gotten her law firm, Enoch Kever PLLC, involved as well.

In fact, supporting CASA has become a family tradition. “Being a CASA volunteer has definitely given me and my family a cause to dedicate ourselves to and a focus on how we want to give back to the community. My kids and I are always reminded that there’s a lot of people with less that need help, and that we need to be understanding of what kids and families are going through.” 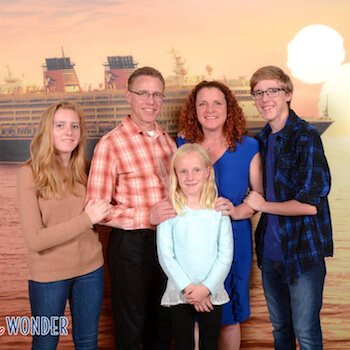 Currently, Melissa works as an appellate lawyer, but what brought her to Texas after earning her Bachelor of Arts in Journalism & Political Science at the University of Arizona was a job as a reporter for the San Antonio Express-News. A lifelong learner, Melissa muses that “I’m still not quite sure what I want to do when I grow up.”

While her career and 15-year volunteer role with CASA have kept Melissa busy, her home life easily fills out her days as well. She has three kids, and although two are now in college, there’s been no shortage of extracurricular activities to attend over the years, from marching band to soccer.

Before the days of the pandemic, Melissa and her family enjoyed traveling, exploring wineries in the Texas Hill Country, and experiencing all the culinary delights Austin has to offer. “We’re not ‘stuff people,’ we’re ‘experience people.’ We’re planning to go to Costa Rica next—when it’s safe,” she says.

The pandemic hasn’t just brought about challenges for Melissa when it comes to traveling. Like many of our advocates, COVID-19 has meant that she’s had to be creative in finding ways to connect with the child she serves.

“Before COVID, we could go places each month and it was really something the child I serve looked forward to. We keep that same consistency through phone calls, and sometimes I’m able to send small gifts.”

As difficult as this has been, Melissa is certainly up to the task after serving over 20 children in the past 15 years.

There’s a lot about her role as a volunteer advocate that feels familiar, like attending court, testifying during trials, and writing court reports, but that doesn’t mean she’s never been surprised in over a decade. In her time with CASA, Melissa’s also seen how a committed team can really change a child’s story.

“I’ve learned that there are just so many good people involved in the child welfare system. The people who take in foster children, those who are working as counselors, caseworkers, attorneys ad-litem—on a lot of cases, we’ve had such a great team of people in different roles. Particularly in court, Judge Byrne and Judge Martinez Jones really listen to what CASA volunteers have to say.”

When asked what she would give a keynote speech on, Melissa’s answer is a stark reflection of her devotion to CASA, as well as the life and career she’s built for herself.

“Find something you care about that you’re interested in. I know a lot of people talk about finding your passion and making that your career, but that’s not really what I’ve done. I want to support my family, but then I want to find something else that I care about. Even if what you’re passionate about can’t be your job, do it anyway, and find whatever time you can to devote to it.”

Enoch Kever recognized as a 2021 Best Place for Working Parents™

In a first-of-its-kind self-assessment sponsored by Early Matters Greater Austin, Enoch Kever has been recognized as a 2021 Best Place…
Read More